Accueil » Le catalogue » Tapestry of apocalypse at Angers: front and back 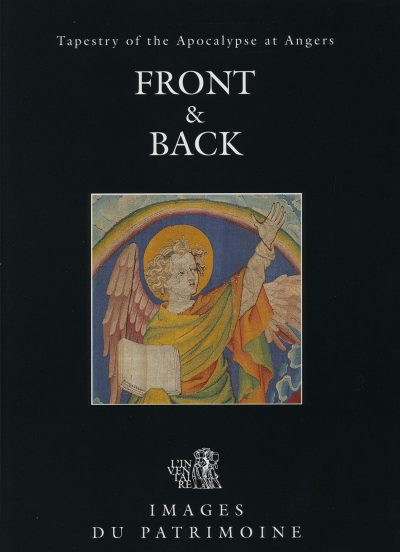 Tapestry of apocalypse at Angers: front and back

The Château of Angers is proud to exhibit the Apocalypse Tapestry, the largest and most famous masterpiece of medieval tapestry weaving.

The dazzling and mysterious visions of the Revelation to St John, expressed in the 14th century in monumental images of great plastic beauty, demand admiration. Though the vicissitudes of the centuries have altered this masterpiece somewhat, worldwide interest in it has been boosted by the discovery of the reverse side, hidden under a lining, which has revealed the brightness of its original colours and demonstrated its technical perfection.

This publication contains illustrations of all the scenes, or at least a detail from them, which are exhibited in the gallery of the Château, here shown from the “wrong” side: the negative has been reversed to match the composition on the front. Each caption places the picture in the iconographic and Biblical context of the scene. In the book, a fold-out sections gives the background to the work and, for the first time, a complete colour picture of the front of the six sections of the tapestry, of which more than one hundred metres is still on exhibition.